YA Review: A Shadow Bright and Burning by Jessica Cluess 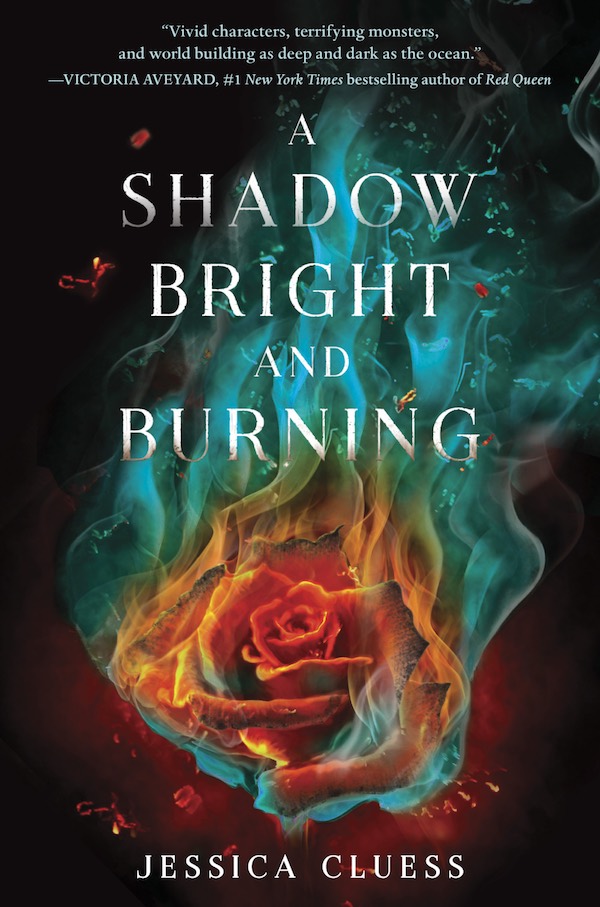 A Shadow Bright and Burning is the first book in a new YA fantasy trilogy called Kingdom on Fire.  I love YA and I love fantasy, but in the long wake of The Hunger Games, Twilight, Divergent, etc., there has been a continuing onslaught of YA fantasy with badass heroines.  Now, I am definitely behind this trend, but it also means that it's increasingly difficult to find something original in this genre.  A Shadow Bright and Burning was a lovely surprise.  I hadn't heard of this book, which was released last fall, so I didn't have high hopes.  This was a beautifully written book, with a wonderfully complex, imperfect, and strong female lead character, and many wonderfully drawn secondary characters.  It was also a relentlessly engrossing and exciting adventure.  I am so excited to read the next book in this trilogy, which does not come out until this coming fall, unfortunately.  Cluess has not only created wonderfully complex characters, but also a very clear and fascinating picture of the world that these characters live in.

A Shadow Bright and Burning takes place in an alternate Victorian England, mostly in London.  This is a world in which there is magic, and witches, magicians, and sorcerers.  A decade before the book begins, a witch and a magician opened a portal that let the Ancients, six grotesque and truly horrifying monsters into the world.  Sorcerers are the only people standing between humanity and these very frightening and original creatures.  The main character, Henrietta, is discovered in a horrible boarding school and turns out to be the first female sorcerer in centuries.  She is believed to be the prophesied one who is going to save England.  The book covers Henrietta's training alongside a few dashing young men in the home of a gentleman sorcerer in London.  There are a few hints of Jane Eyre throughout this novel, particularly in the beginning.

In addition to all of the magic, training, and adventure, there is also a fair amount of subtle and well-done social commentary.  Henrietta is an excellent and very strong woman, and she faces a lot of discrimination, ridicule, and even violence due to her gender in a world dominated by men and very strict rules for the behavior of women.  Cluess does not shy away from a fairly realistic portrayal of what it would be like for a strong-minded woman in such a world.  The book also deals with issues of class.  Cluess does an excellent job of articulating the differences between the statuses of the three types of practitioners of magic in this world (witches, sorcerers, and magicians).  Sorcerers are highly lauded in this society, and they are all upper class men.  Witches, female practitioners of magic, are banned, and if discovered, are put to death.  Magicians are male practitioners of magic, and they are banned from practicing and from training new magicians.  This is due to the fact that a witch and a magician were responsible for letting the Ancients into the world.  Cluess deals with class and gender in a smart, and nuanced manner and is never heavy-handed, and yet she gives you a strong sense of empathy for all of the main characters, and especially Henrietta.

This was a wonderful read: original, smart, fascinating, and great fun.


(I received this book from Blogging for Books in exchange for an honest review.)
Posted by Jsac at 7:33 PM

Email ThisBlogThis!Share to TwitterShare to FacebookShare to Pinterest
Labels: Review, YA