Review: Treat Yourself: You Classic Snacks You Loved as a Kid (And Still Love Today) by Jennifer Steinhauser 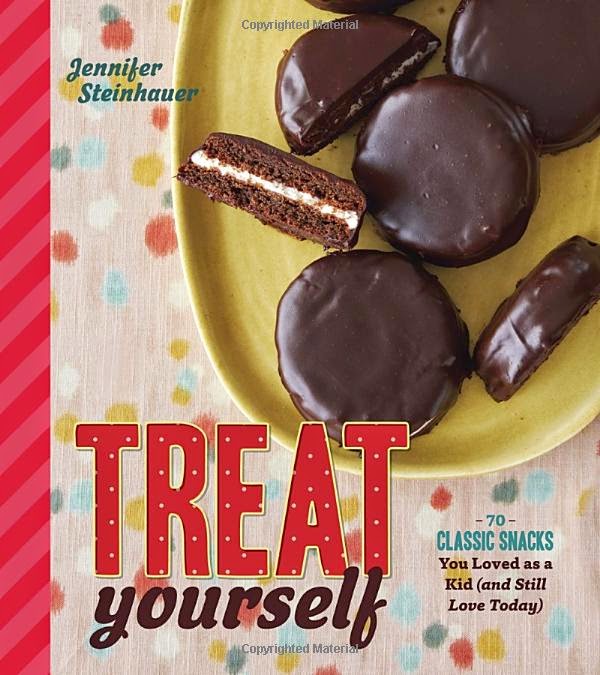 This is such a fun book, and a fantastic concept.  Jennifer Steinhauser has created an adorable cookbook full of recipes for all of the junk food you loved as a kid.  To be honest, I'm not sure if I would ever actually make any of these treats, but it's because the recipes are too hard or anything.  I'm not in fact a big baker, but I love reading cookbooks, and this one is great fun.  I could imagine this would work well as a coffee table book...only those with no souls will not be charmed by this one.  I especially like that the author includes savory snacks, as well as the more popular sweet ones.  I also really like that the book uses the actual names of the treats, rather than just descriptive titles.  Steinhauer provides recipes for Fruit Roll-Ups, Twix Bars, Girl Scout cookies, Fritos, Ritz Crackers, Cheetos, and way more.  The book also has lovely photos of many of the snacks, and in general, the book is very nicely designed and attractive.  Check it out over here.

(I received this book from the Blogging for Books program in exchange for this review.)
Posted by Jsac at 2:55 PM No comments:

For Fall 2014, MAC Cosmetics is releasing a makeup collection with ads inspired by the wonderfully over-the-top Fabio-esque covers of romance novels. 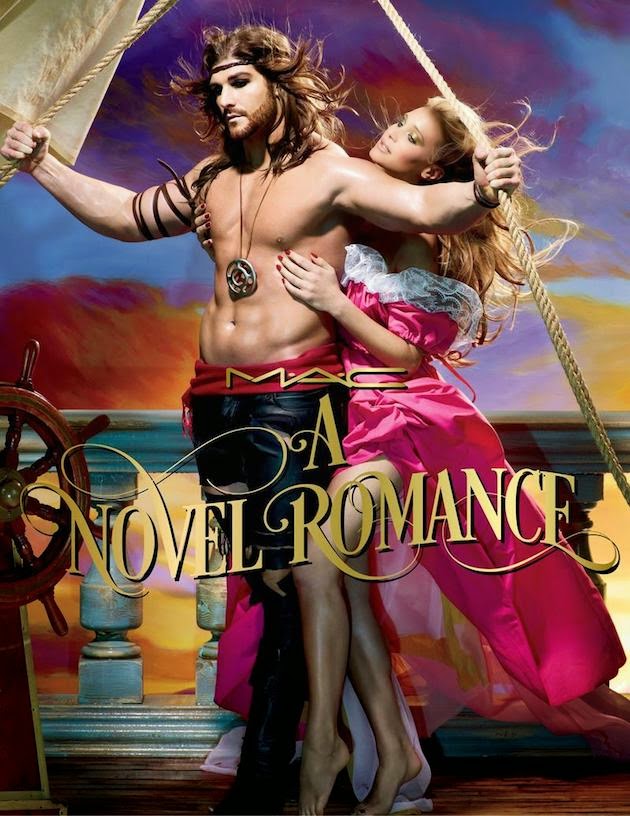 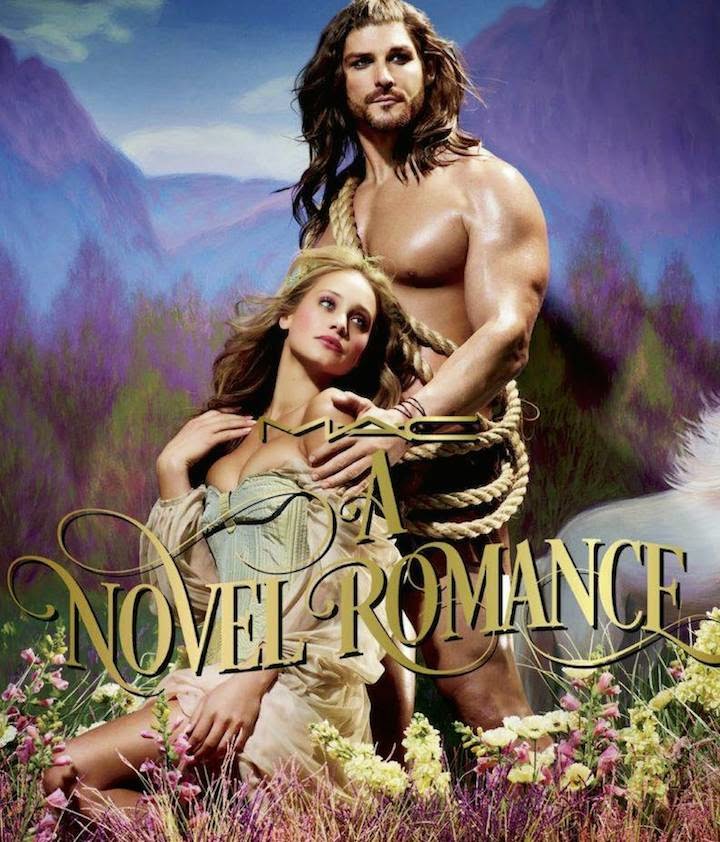 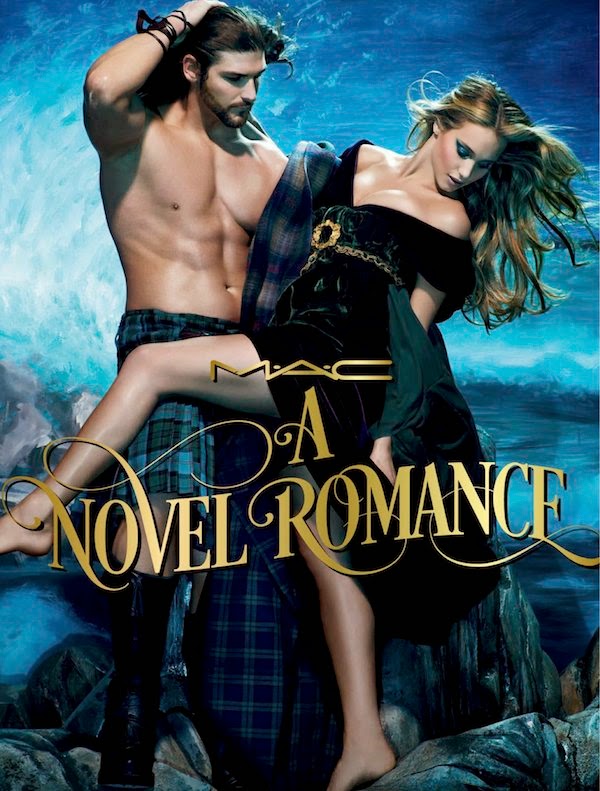 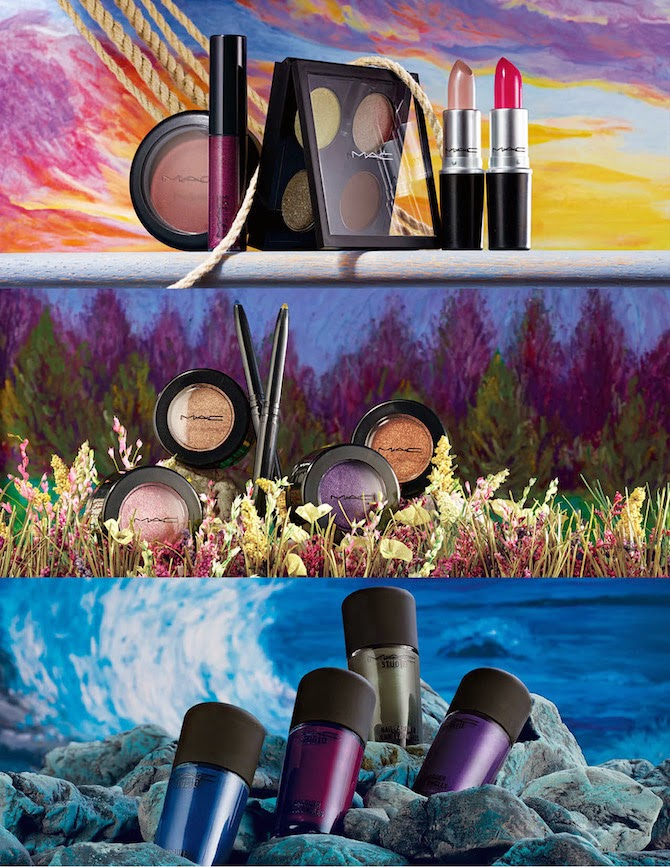 (Fashion Gone Rogue)
Posted by Jsac at 12:58 PM No comments:

I love this take on those necklaces that kids share with their best friends.  Remember them?  They're usually a heart that's cracked down the middle and one pendant says "Best" and the other says "Friends".  Out of Print made this bookish version based on Fitzgerald's The Great Gatsby.  Instead of making a heart, when you put the "cracked" pendants together, you get an egg.  One pendant says "West" and the other "East."  Get it?  West Egg and East Egg, as in the two towns in the novel, populated, respectively, by the Nouveau Riche and Old Money.  When you flip the pendants over, they say "Jay" (West Egg) and "Daisy" (East Egg).  Share this one with your best bookish friend. 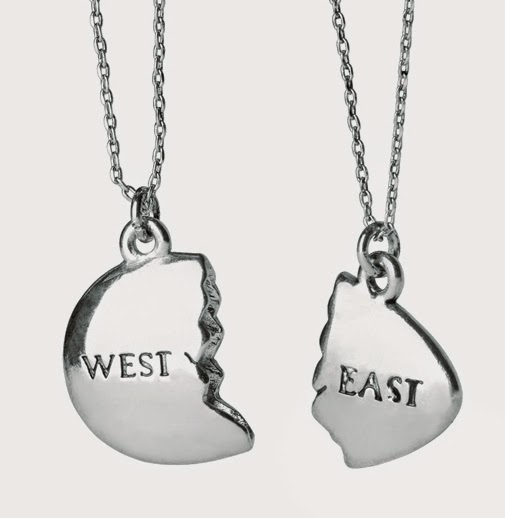 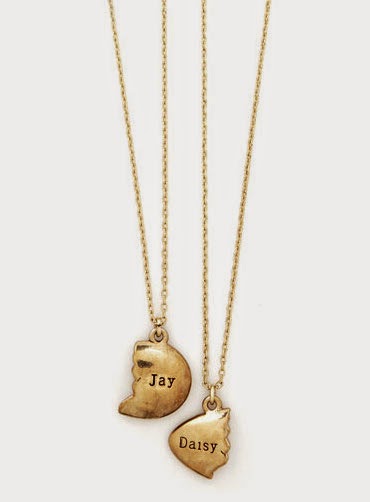 This gorgeous boxed set of Penguin Clothbound Classics designed by Coralie Bickford-Smith is coming out later this year.  Most of the books are out already, but the last book, Love and Friendship and Other Youthful Works, will complete the set. 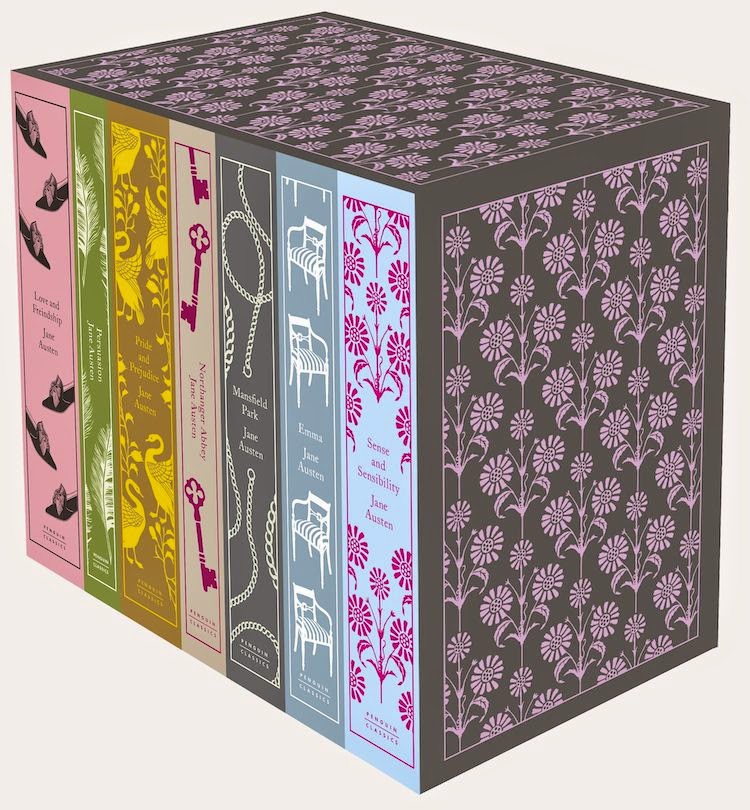 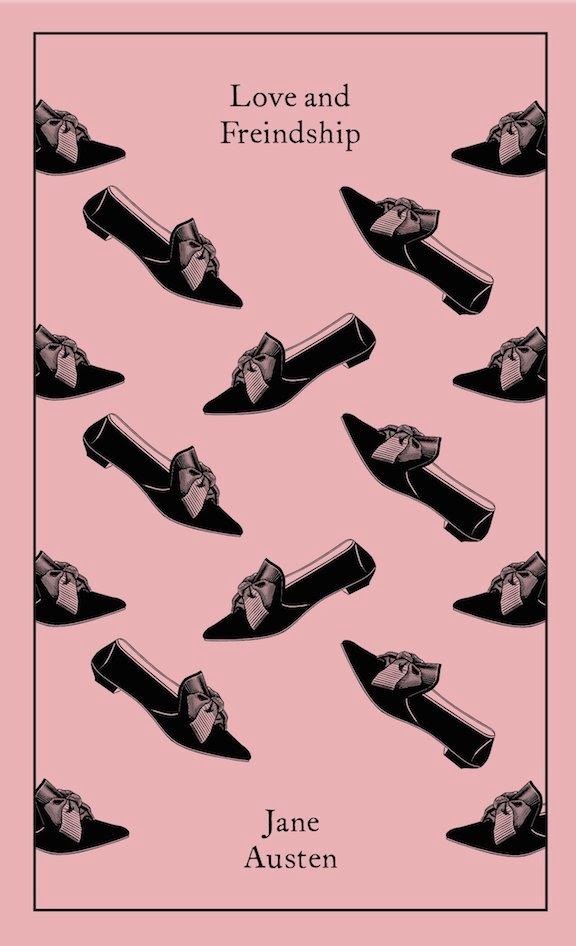