Review: Spinster: Making a Life of One's Own by Kate Bolick 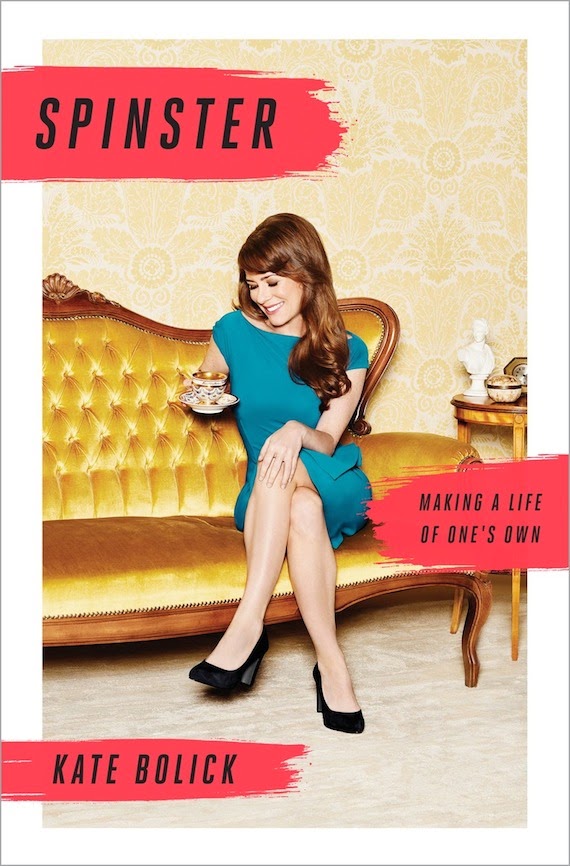 Kate Bolick's Spinster is about a seemingly simple and obvious topic: women choosing not to get married.  And yet there are no books out there like Bolick's, which deals with "spinsterhood" as a serious and powerful choice.  The title of this book still makes me flinch a little, as the word "spinster" has been only ever been used in a purely derogatory sense in American culture.  It brings to mind an unattractive, bitter, unhappy, friendless, weird woman who is unmarried because who would ever consent to marry such a woman?  A spinster is a woman who has failed as a woman, who has not fulfilled her societal role.  This is surely why the designers of this book chose to put a photo of Bolick, a beautiful and stylish woman, on the cover, along with slashes of neon orange and lashings of Victoriana.  This definition of spinster is simply irrelevant, not to mention offensive and unfair.  American society has shifted enough that women choosing not to get married doesn't seem that strange anymore, and Bolick's book is a much-needed corrective to the outdated view of women as failures if they don't have a husband and children.  Her book is a powerful, smart, and very readable combination of feminist polemic, memoir, and literary history.  Doesn't sound like it's for you?  Does the word "feminist" make you cringe and think of man-hating furry-legged women?  Then this book probably isn't for you, since you probably don't care to think too hard about your cultural assumptions.  If, however, you care about our society and the ways in which it treats women, then this is definitely a book for you.

(I received this book from Blogging for Books in exchange for an honest review.)