To celebrate Charles Dickens' 200th birthday, the New York Public Library created an exhibition called "Charles Dickens: The Key to Character," and amongst the relics of the English novelist was a set of unassuming hardback books with titles for books that don't exist, but were invented by Dickens for trompe l'oeil books for his study. 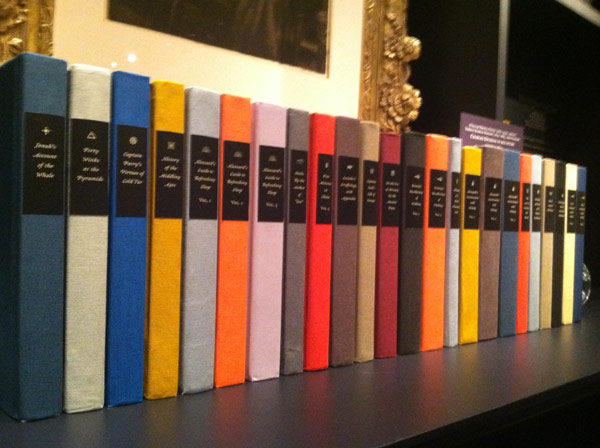 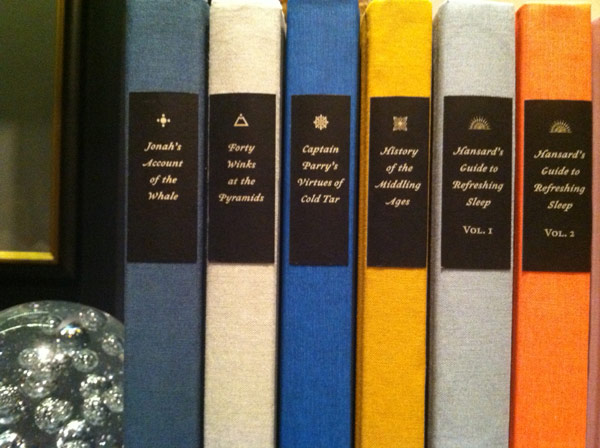 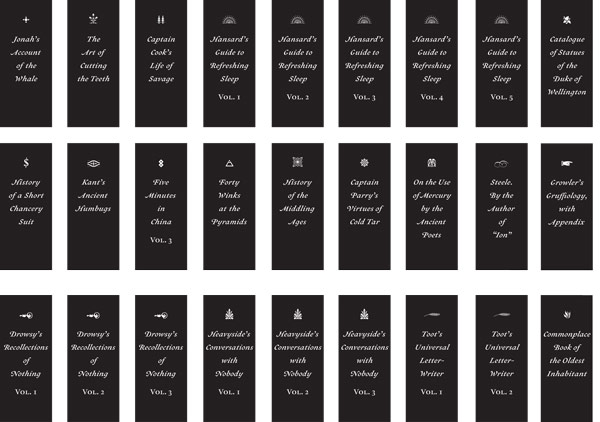 Here are some Penguin-ized versions, which I found here. 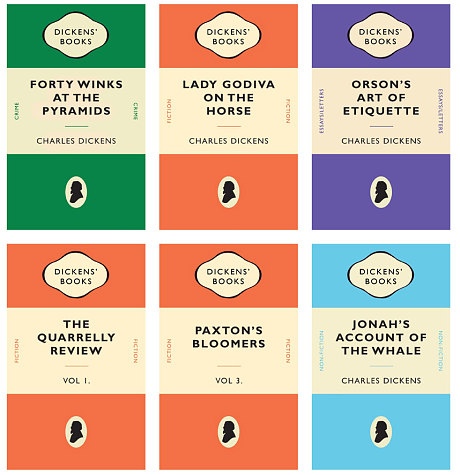 Here's the whole list of fake Dickens books, from the great blog Lists of Note.  Lists of Note's author has also just published a book with the same title.

(Flavorwire and NYPL)
Posted by Jsac at 9:00 AM